So, you graduated and decided to go travelling for several months, a year, or more. Will it affect your chances of landing a graduate job now you're back?

Back to Blogs
posted almost 6 years ago

So, you graduated and decided to go travelling for several months, a year, or more. Will it affect your chances of landing a graduate job now you're back?

Here is the second article the lovely Charlie Benson, over at GradTouch has asked us to contribute to, the original content can be found here - https://www.gradtouch.com/advice/article/content-how-to-write-a-cv-when-you-get-back-from-travelling?utm_source=Quad-Recruitment-Ltd-blog

Perhaps you're worried that, while you were away, your uni friends all went off and secured jobs. They've started developing their skills and experience, but having been abroad, you're starting from scratch behind them. And, importantly, what will recruiters and potential employers think about this gap in experience on your CV? 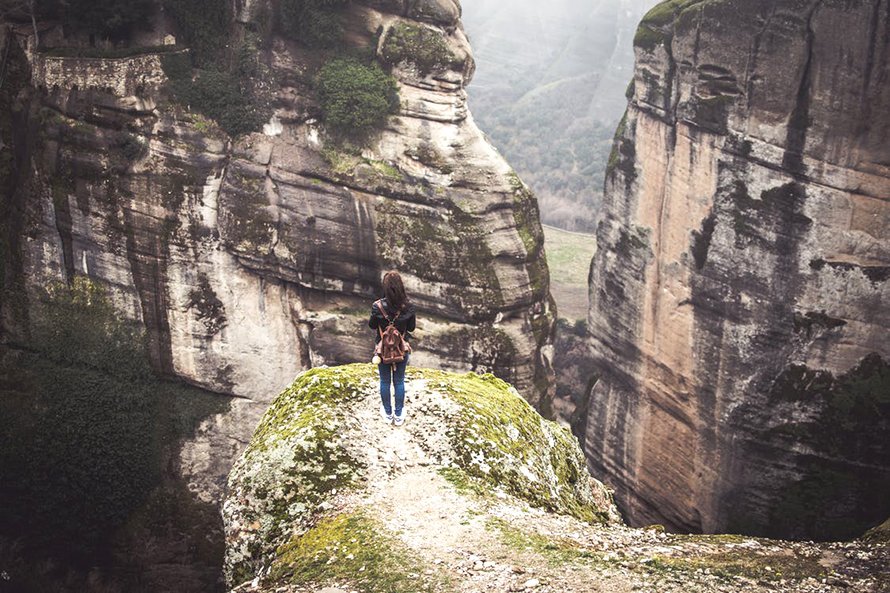 I spoke to Lee Woodward, a Recruitment Consultant at Quad Recruitment Ltd, specialising in placing IT, Health and Socialcare professionals in the UK. I ask Lee whether he thinks going travelling for an extended period of time will put graduates at a disadvantage when looking for jobs. He says no. "I personally don't see it as a disadvantage, probably the opposite."

Lee continues, "If a grad is realistic and understands they're likely to go into an entry-level, or junior, position, then travelling shows all sorts of good attributes for these types of positions."

Here's how to use your travels to your advantage when applying for grad jobs.

Include your travelling as one of the sets of bullet-points in your Experience section, especially if it's what you've been doing most recently. Lee says to list it just as you would a job, giving the example: "(Sept 2016 - March 2017): Travelling around Asia".

He recommends then including "bullet-points about places they've been, some activities they've taken part in" underneath that heading.

Jamie Beaumont, Director of Graduate Recruitment at Sales Point Recruitment - one of the fastest-growing sales recruitment agencies in the UK, agrees. Jamie says you should definitely mention your travelling, because not doing so leaves a gap in your CV, which will "create question marks".

Plus, Jamie says recruiters even look favourably on grads who've taken a year out, because they're likely to stay at the job longer: "They get it out of their system and they're done. They're not going to go into full-time work if they're not done." He adds that he's placed lots of grads in the past and a majority leave to go travelling at some point, because they haven't done so before.

So, don't worry about travelling working against you in an application - it's always best to include it. You can also use your summary statement to show your commitment to the job you're applying for now that you're back: summarise your graduate journey so far, briefly, and talk about how excited you are now to settle down and get to work in a specific field.

2. Highlight the skills you developed on your travels.

As Lee from Quad Recruitment Ltd says, travelling "shows a whole host of skills". He gives the examples: "confidence to go to an alien environment and integrate yourself with the local culture. Planning and organising the journey and itinerary, financial planning," amongst others.

"Each of these skills can be transferred effectively into a work position," Lee says.

So, look very closely at the description for the role you're applying for and think hard about the skills you had to use when you were away, that best align with it - there'll be more than you think.

You can use the bullet-points in your Experience section to pull out any achievements that marked your time spent travelling. Don't be afraid to include brief one-sentence anecdotes detailing any challenges you overcame, or opportunities you had to use your problem-solving skills, while you were there.

3. Be sure to talk about how you funded it.

When listing travelling on your CV in the format Lee recommends, you should definitely include any work you did while you were away to keep the trip going. You can also, of course, include temporary roles you took on beforehand to get funds together.

GradTouch also spoke to Lexie Newnham, Senior Talent Acquisition Specialist at MVF, a digital marketing agency based in London, about CVs. Lexie says employers will be curious to hear about you financial planning prior to, and during, the trip at interview: "Travelling does make a good interview - you can delve into it quite a lot and find out: how did they budget? Did they go over their budget?" Be sure to highlight any successes you had in these areas, as recruiters are aware of the challenges that come with travelling long-term.

4. Include the specifics of any volunteering you did abroad.

When I spoke to Lee about post-uni travelling on a CV, he gave the example of a candidate he placed in a role in the past who had travelled. He said she volunteered in Africa and it made her really stand out as a good person for the role. She "actually helped in some of the villages after something had happened locally - I'd have that in there [on your CV], for sure," Lee says. "It shows empathy and selflessness - she wasn't paid for it and she didn't have to do it. I was rooting for her just for that alone!"

Think about what your experiences travelling say about you. Did you go alone and can therefore talk about your ability to work independently, and your confidence? Did you go and volunteer your time to a cause, demonstrating your passion and empathy? Hone in on those things and highlight them where you can on your CV. Companies look increasingly favourably upon volunteering especially, as it shows you to be someone who aligns with their own values. That's the kind of person employers want to work with.

5. You'll be asked about travelling when you get to interview - so be accurate when you include it.

Lee says "one huge tip" he has on this subject, is that graduates should be very honest about travelling. He says he interviewed a candidate recently who went travelling and was then unemployed for some months afterwards, so they just inflated the time they were away to cover up the gap in time they spent unemployed. Unfortunately, they were found out - and dishonesty is definitely not a trait employers are looking for.

When it gets to interview, Lee says, "I'd be genuinely interested and be asking to see pictures of the places... I love talking to people and seeing all the places they've been and experiences they've had."

According to Lee, as travelling has become such a popular thing to do after university, "more and more companies are asking for proof... for a truthful traveller, it won't be an issue to produce plane tickets or booking confirmations at hotels/hostels when requested."

So, finally, you certainly shouldn't hold back on discussing travelling on your CV - but when you do so, be honest about your dates and what you did while you were away. It will come up at interview.